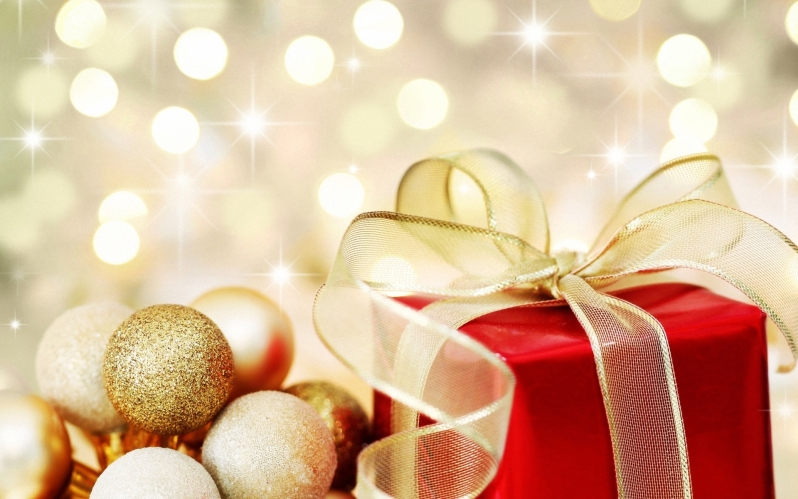 ‘Tis the season to be…frugal? While the holidays can bring up so many wonderful emotions it can equally be stressful on the wallet as well on the willpower. 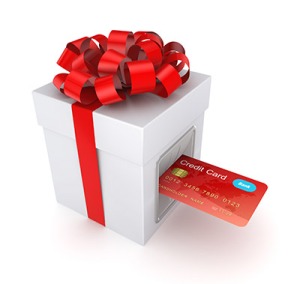 According to recent stats from CardHub.com, consumers racked up $28.8 billion on their cards during the second quarter. That was after the same people had finished paying off $32.5 billion in credit card debt during the first quarter. Even if you are using self-restraint and decide to leave the credit cards at home or do something really throwback and bring cash instead, you should still heed overzealous cashiers. Credit.com conducted a recent survey and found that many retail stores are pushing their own store credit card on to consumers. And approximately 49 percent of consumers who caved into a store credit card after qualifying grew to regret the decision. Meanwhile, three out of 10 Americans admitted they actually felt bullied by various store employees who overtly promote store-issued credit cards by promising such deals as another 30% off the sales price.

Hey, the tactic works, but is that what holidays are all about? Of course not, as most people admit that it’s about spending time with family. But a Daily Mail article in the UK also found that families are now spending slightly a little more than a half an hour of quality time together per day — 36 minutes to be exact. That equates to parents and their children spending a total of eight hours together during the week and two hours on the weekend. The article went on to point out that more than half of surveyed adults (56 percent) stated that the only real time they spend with their family is during a holiday vacation. 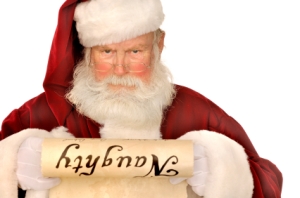 As a result, pressure mounts to buy gifts for estranged family members to make up for the lack of quality time. Instead of focusing on having a good time catching up with Aunt Mary or Cousin Johnny the first reaction is to pull out the wallet and spend a little moolah. Some spenders will simply charge it on plastic and don’t consider the ramifications that overspending has on their budget until the bill comes after New Year’s. Then there are those of us who cringe at the mere thought of sending Christmas cards to select relatives, who in our opinion have already by marked on Santa’s “naughty” list, except we wouldn’t even spare them a lump of coal.

Personally, my family members are scattered across the United States and most don’t even participate in card swapping or gift exchange. It’s never stopped me from making my own personal tradition to send them a card at least. Though, I have learned to automatically erase any sort of expectation for some type of response or sign of gratitude. From Thanksgiving to Christmas to New Years, we aren’t the sort who fly home for the “holidays.” Some families are traditionalists, while others like mine sadly have a somewhat strained and dysfunctional family dynamic. Yet, if you were to analyze even the most seemingly “perfect” family you’ll find some sort of imperfection. Behind the guise of a Kumbaya song and dance, “Brady Bunch” camaraderie and fake, pearly white smiles lie dark secrets, unspoken resentments and bitter relationships. And a lot of this comes to light, unavoidably so, around the holidays. 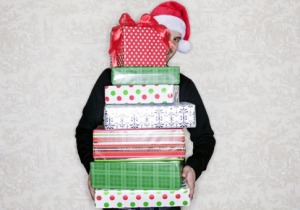 Have you ever received a traffic ticket where you felt you weren’t in the wrong, but rather than fight it in court, take time off from work and all the headache that goes with that— you pay it off simply to be done with it? It can be the same way with family. Rather than ruffle feathers some decide to throw cash at the problem instead. Why not purchase gifts you may or may not be able to afford rather than make time for each other…or face head on some sort of conflict? Sometimes it’s a whole lot easier to wrap your affections in ribbon with a bow on top or send a sappy, sentimental greeting card.

There’s nothing wrong with being generous around the holidays. But, one cannot buy quality time, and that’s exactly what many families try to do, according to statistics. Unless you live across or outside of the country, quality time ought not put you in debt. And even if you live 3,000 miles away from family, you can plan ahead to make traveling easier and less expensive. Regardless of whether you decide to put yourself on a budget or splurge this Christmas. One thing is for certain, you can’t spend your way to erasing family flaws or making up for lack of quality time. Some gifts are priceless and perhaps if nothing else, giving your time might be the best gift you can possibly give.