Choosing to Feed the Good in Ourselves 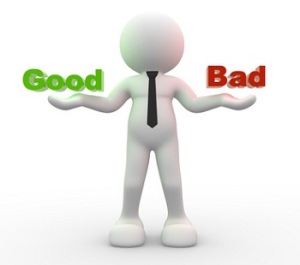 Manifesting positive energy in our lives benefits more than just our attitude. Positivity can reduce stress, brighten our countenance and potentially make us a magnet for good. When we are negative, however, we can unknowingly repel people and shut doors rather than open us up to new opportunities.

Though for some of us, remaining optimistic isn’t always easy, especially if we are prone to depression. I am a total believer that our minds are much more powerful than we give it credit for, and that we are truly capable of changing our belief system. It’s not easy. For some of us it is a daily task and requires diligent practice. And how we react to depression, or our “bad day,” is crucial.

Unfortunately, it’s more common for those who suffer from depression to become prone to addiction and substance abuse as a coping mechanism. According to the Journal of Clinical Psychiatry one out of three adults that battle drug and alcohol addiction are also clinically depressed. Unfortunately, substance abuse only temporarily numbs the pain. Whatever you might be trying to escape and ignore cannot remain at the bottom of the lake indefinitely. What you try to sink deep down will eventually float to the surface. In the same way, a diagnosis is neither a label that needs to define who you are nor a crutch or an excuse for poor behavior and addictive tendencies.

People drown themselves not only in a bottle of wine, a pack of Marlboro Reds, a hit, snort, toke, or pills. Today it’s just as easy to zone out in technology, videogames, sex and pornography. Compulsive habits are too many to count and are all around us. Just watch Hoarding: Buried Alive, which tells the stories of people who compulsively collect things to the extent that they literally bury themselves in material stuff that becomes their drug of choice. 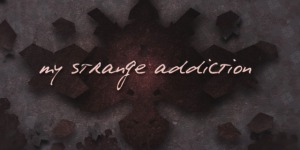 With My Strange Addiction you can watch an array of interesting individuals with all sorts of peculiar habits ranging from a grown man addicted to dressing up as a baby in diapers and crib, sucking on a bottle and all. The show’s producers surprisingly found people addicted to: sniffing gasoline, chewing on rocks, pulling out their own hair, eating dirt, sleeping with a blow drier, picking on their scabs, drinking their own urine.

You name it— there are all sorts of bizarre addictions.

Underneath any addiction is a person craving comfort in order to alleviate some type of pain. If not to remove pain, the addiction is often as simple as being bored and suddenly an “every once in a while” thing becomes a bad habit and even worse.

This past Sunday I had the pleasure of listening to a guest speaker at the Center For Spiritual Living in Redondo Beach, California. A man who was all too familiar with addiction and now sober for 5 years, someone who had lost a daughter in a car crash when she was 16 years-old and who has suffered his own numerous personal set backs. This man wasn’t just an ordained minister, but a Tony award winner, Broadway performer, and well-known actor. 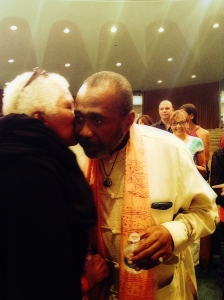 Ben Vereen elicited a standing ovation from the audience before he had even said a word, later touching all by offering a prayer to his friend Robin Williams. Vereen, himself a recovered alcohol and cocaine addict, provided a nonjudgmental perspective on addiction, depression, and pain because he’s survived all three.

Depression, he said, wasn’t about fighting some sort of interpersonal “demon” that overtook the likes of Williams and others who have died by suicide, as the media has widely speculated. From his talk, I took that we face emotional turmoil either from personal events, tragic situations, frightening medical diagnosis, and or any other type of crisis can often trigger depressive episodes. Though in most cases clinical depression is a chemical imbalance and genetic predisposition that has nothing to do with external events or circumstances. 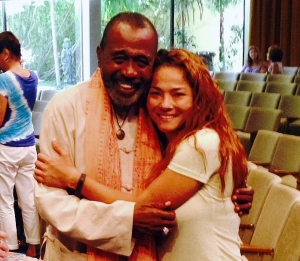 I briefly had an opportunity to talk and shake hands with Vereen, who I later learned I share a birthday with. And what he explained to me was that we could all become whatever we convince ourselves to be. In the darkest moments of his life, he had two options, either cave into the pain felt by the body or rise above the pain by embracing one’s spiritual self. The body represents our physical form, our feelings, experiences and everything we feel relating to the physical world. But, when we decide to take a spiritual approach and reach beyond ourselves we find that our biggest enemy is our own mind.

But we all have a choice, regardless of what hardship, diagnosis, medical condition, economical circumstance, or situation we face. It’s a matter of which part of ourselves we choose to feed. If we choose to feed our pain then we will only continue to self-destruct. But, if we choose to feed the good that is in all of us, our spirit that is God, then we evolve. Our lives bear the fruit we harvest, and it’s our choice how we choose to react to the world and what life throws our way. We cannot control other people or circumstance and the actions of those that have hurt us. But, we can decide to embrace the positive and set the proper example for our children and our children’s children.

2 thoughts on “Choosing to Feed the Good in Ourselves”

I totally agree with Vereen that you do have those two options: Cave in or rise above. I really hope I am understanding because I feel like I have learned so much today.

I have fallen in love with this blog because it truly is a “lil pick me up”.

You are so right. There is definitely a mind-body-spirit connection. You’ve shared a valuable and uplifting lesson here: Self-talk is very powerful and influences our health positively or negatively, whether a person’s depression is derived from a chemical imbalance or from situational factors. Thank you for sharing the inspirational story of Ben Vereen also…your writing makes me feel like I was there too!