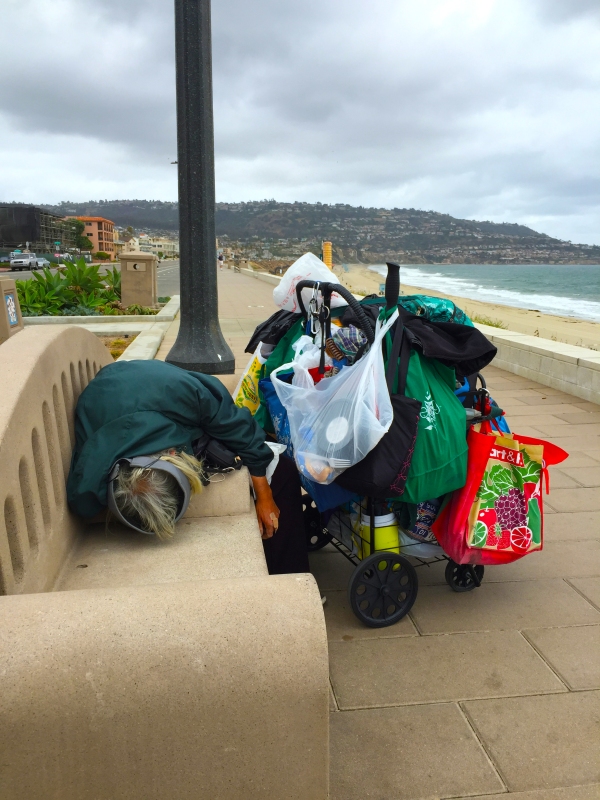 Hunched over on the cement bench facing the ocean at Redondo Beach is Esperanza. Most, if not, all locals know who she is by sight though very few know her by name. Esperanza in French and Spanish, ironically, mean’s hope, though perhaps from society’s perspective she represents the loss of it.

I have tried to talk to Esperanza on several occasions, only for her to retreat by hanging her head in shame, reversing her cart piled with a hodge-podge collection of discarded junk, but it’s all that she owns. Despite her need for privacy or, perhaps, due to her fear of the outside world, I managed to catch her on a good day and squeezed out her name. Walking my dogs along the beach, we’ve managed to get to know other dogs and their owners around the neighborhood. So, I wanted to also know Esperanza by name rather than to simply point to her, referencing her by apparent her lack of finances and an address. END_OF_DOCUMENT_TOKEN_TO_BE_REPLACED

When Disaster Strikes: Healing with Compassion

When unexpected disaster occurs, we’re often caught at a loss for words. You can be driving the speed limit, minding your own business and in your own lane. Suddenly, someone runs a red light and careens into your vehicle hitting you head on. Aside from fractured ribs, a neck brace, whip lash, and a really sore back; you are lucky to get out alive.

You’re coming home from a dinner and a movie, still laughing as you recap the funniest scenes with your spouse. You open the door to discover that you’ve been robbed and all of your expensive electronics and jewelry are now gone. Little do you know that the thieves were escaping out the back window as your keys hit the front door lock, and they were armed with guns. END_OF_DOCUMENT_TOKEN_TO_BE_REPLACED

When The Going Gets Tough…Get TOUGHER! 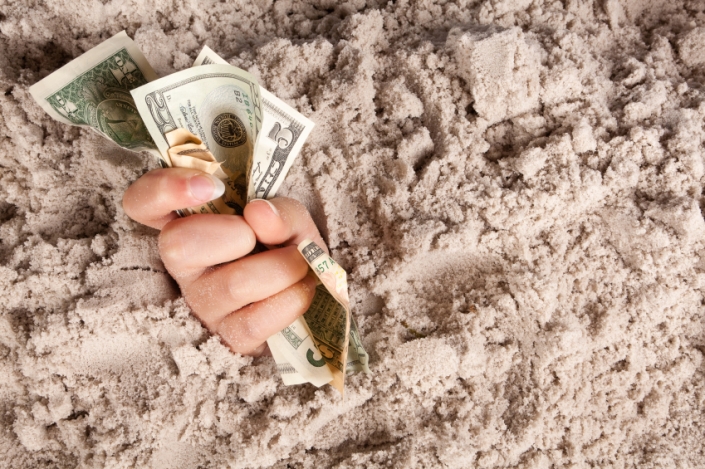 Have you ever heard of the sunk cost principle? It is business terminology that refers to how much time, money and resources one has invested that can no longer be recovered. It’s gone, baby, and there’s nothing you can do about it. So move on.

According to a University of Scranton, research found that just 8 percent of individuals actually achieve their New Year’s goals. The study showed that our brains are unable to process large lists, therefore making them counter-productive to our accomplishments. When you begin making an extremely long list, a Forbes article states that attempting to always knock the ball out of the park can be “psychologically daunting.”

Journalist and author of Mind Over Mind suggest keeping resolution lists shorter. While we’re still have more than half a year to go to reach Jan. 1, it is for certain that we all have at least one goal we’d like to have come to fruition next year. There is nothing wrong with having a dozen or so goals on your “to do list,” but have you reached a point where you feel like throwing in the towel? END_OF_DOCUMENT_TOKEN_TO_BE_REPLACED

Negative Beliefs & Bad Habits: Got Some?

The way we think is one of the hardest things to change. The saying “a leopard never changes their spots” can go beyond just someone’s personality. It can refer to someone’s habits and belief systems.

Imagine, you’ve been thinking the same way your entire life. You have learned or adopted unhealthy belief systems over 20, 30, 40 or even 50 years that no longer suit you. It shouldn’t come as a surprise that most people are skeptical when you claim to be a “new person.” END_OF_DOCUMENT_TOKEN_TO_BE_REPLACED

The Unknown: Facing the Dark Road

Have you ever been brave enough to drive through Utah on I-70 at night? When I ventured on my solo trip across the country last May from New York to Los Angeles, with only my dogs, I was tempted to pull an all-nighter. But my life partner questioned my judgment as he texted me the following: “Are you nuts?”

Needless to say, I opted against it making it into Utah by sunset in time to find a nearby hotel and post up for the night. END_OF_DOCUMENT_TOKEN_TO_BE_REPLACED

This entry was posted in Self Help and tagged Career Change, Eckarte Tolle, Fear, Goals, Life and Health, Life Changes, Relationships, Self Help, The Big Lebowski, The Unknown, Uncertainty.